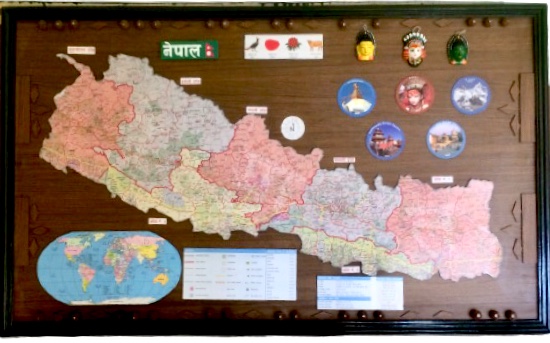 The territories have been shown in Byas Rural Municipality in Darchula district of Sudurpaschim Province.With adding the disputed land that is currently occupied by India, the total area of Nepal has increased from 147,181 square kilometres to 147,516 square kilometres, according to officials. The areas including Gunji, Navi and Kuti near Kalapani, which had been left out in earlier maps, are also included in the new map.