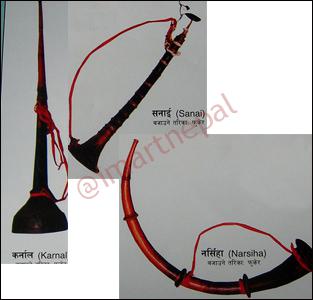 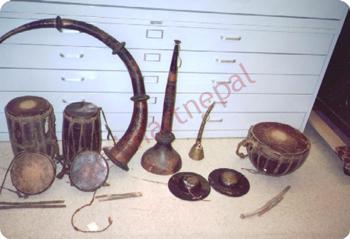 Narshigha is one of the musical instruments and a part of Panche Baja. It is made up of two piece of copper tube and looks like a long horn like-instrument, which is played mostly in Northern India and Nepal. It is long and carved like a half circle. Narshigha is usually played during ceremonial occasions like marriage ceremonies, village deities etc. Narshigha is mostly played in group of Panche Baja. It produces melodious sound which is famous all over Nepal and other countries. It is played by blowing air with our mouth.

FREE Regular Shipping worldwide for orders over US$75. Regular shipping overseas is delayed due to Covid-19. DHL available. Dismiss