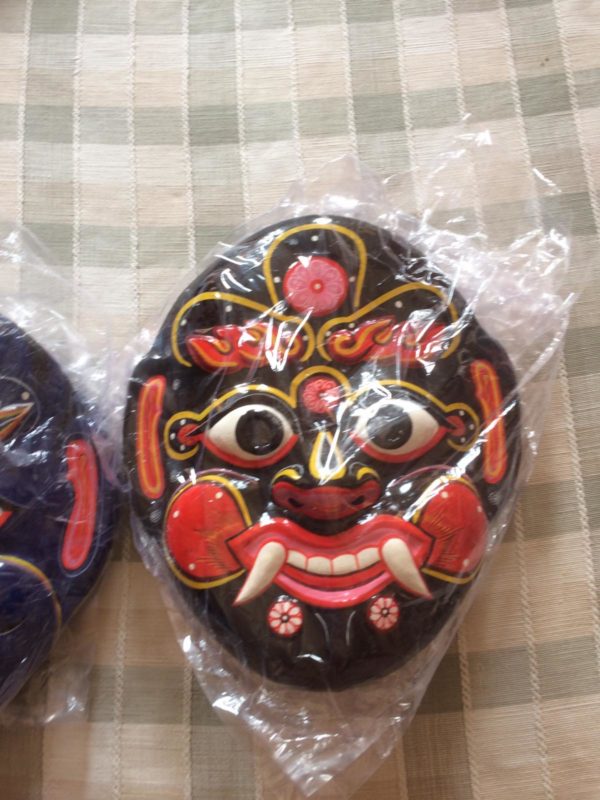 Madhu मधु, Kaitabha कैटभ Kaitabha are two demons in Hindi cosmology originated from the earwax in God Vishnu’s ears during this deep sleep - Yognindra. These demons stole the Vedas from Brahma and deposited them inside the waters of the primeval ocean. As result, they were killed by Vishnu in his manifestation as Hayagriya. It was supposed that they were so powerful that they could annihilate Brahma – one of the three powerful deities in Hinduism. Madhu was killed by Vishnu and Mahamaya killed Kaitabha. Both of them are later renowned as Mashusudanah and Kaitabhi respectively.

This highly crafted paper mask is very good for wall hangings in the living rooms, corridors, and doors. Make sure to get the lighting system correct for cool effects.