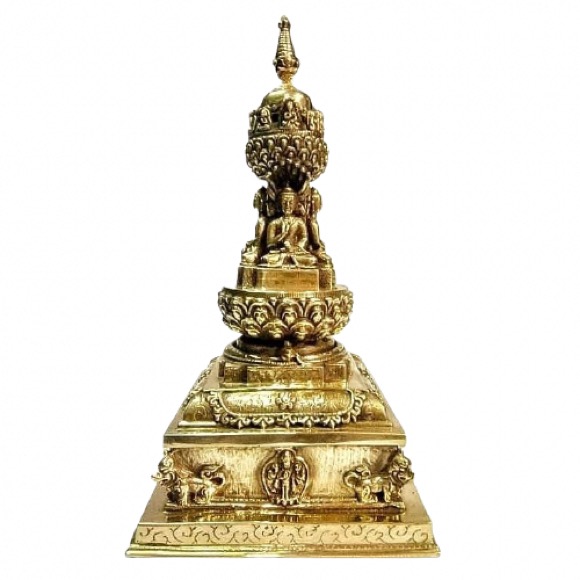 In Nepal, the meaning of chaitya is somewhat different . A Nepalese chaitya is not a building but a shrine monument consisting of a stupa-like shape on top a plinth, often very elaborately ornamented. They are constructed in memory of a dead person by his or her family by the Sherpas, Magars, Gurungs, Tamangs and Newars, among other people of Nepal. The Newar people of the Kathmandu Valley started adding images of the four Tathagatas on the chaitya's four directions mainly after the twelfth century. They are constructed with beautifully handcarved Brass made. They are said to consist of the Mahābhūta — earth, air, fire, water, and space.

DHL delivery within 2-3 weeks. Free Shipping to most countries are halted until Nepal Post resumes. Thank you for all the support! Dismiss