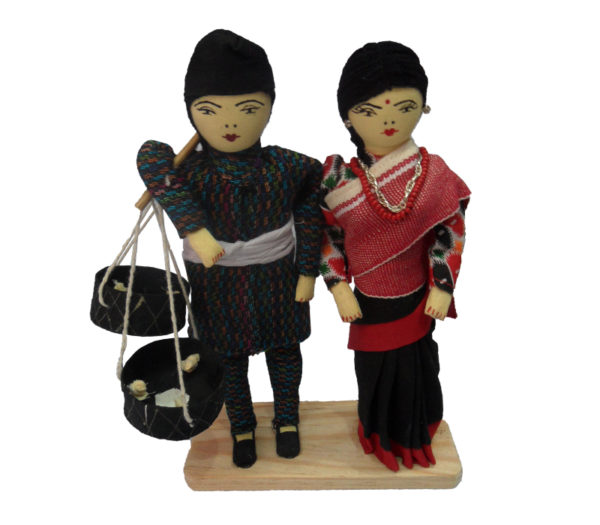 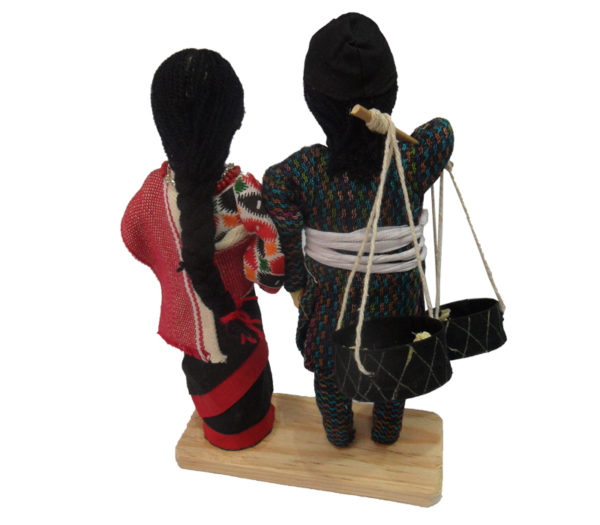 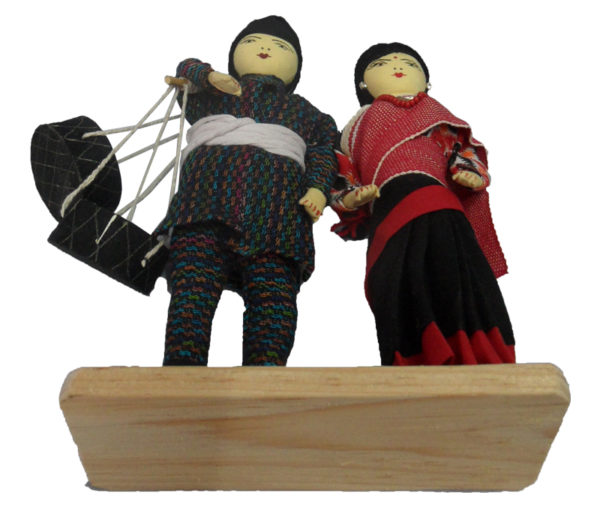 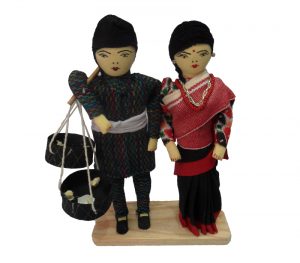 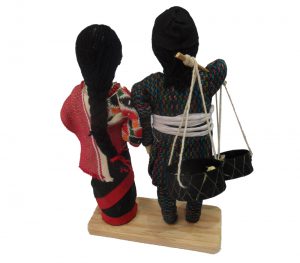 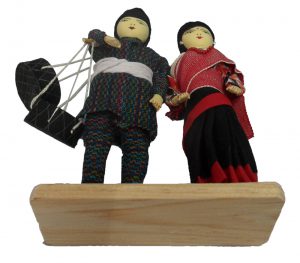 The Newa people – also known as “Newars” – live in the Kathmandu Valley and has called this place home since prehistoric times. At present, they comprise 5% of the population in Nepal and are considered the 6th largest ethnic group in the country.

These dolls represent the traditional attire of Newari. Measuring 9 inches in height and 6 inches in width, these replicas are made of wood and cotton. The female doll is wearing a “haku patashi,” a kind of saree that is black and has red borders that those in the Jyapu community wear. The doll also has a full sleeved blouse called “thana tagu kapoya lan,” and a shawl, called “haku gacha” worn above the blouse. The male doll wears a “lan,” which is an upper garment, and trousers called “suruwa.”