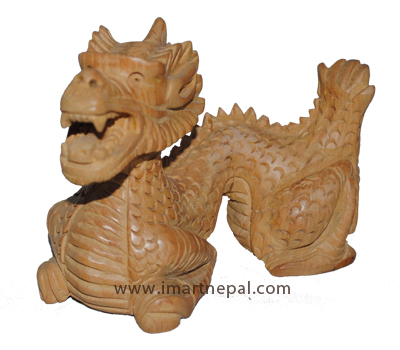 + Delivery Cost (if any)
Although dragons occur in many legends around the world, different cultures have varying stories about monsters that have been grouped together under the dragon label. Some dragons are said to breathe fire or to be poisonous. However dragon is more popular in China, and the chinese celebrate the dragon year too.Dragons are often held to have major spiritual significance in various religions and cultures around the world. In many Asian cultures dragons were, and in some cultures still are, revered as representative of the primal forces of nature, religion and the universe. They are associated with wisdom—often said to be wiser than humans—and longevity.  They are commonly said to possess some form of magic or other supernatural power, and are often associated with wells, rain, and rivers. In some cultures, they are also said to be capable of human speech. In some traditions dragons are said to have taught humans to talk.