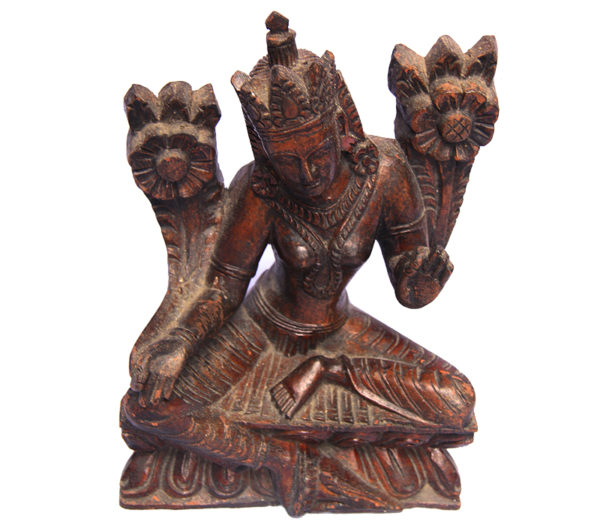 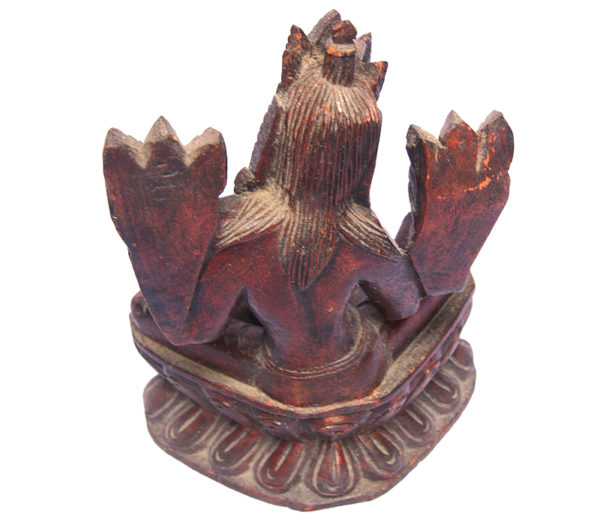 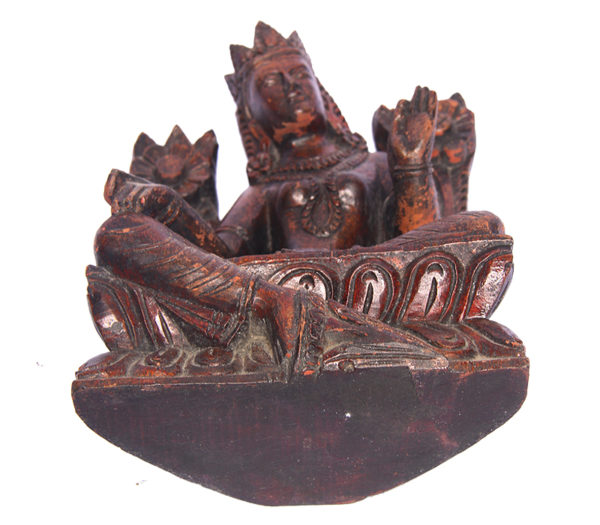 This product is a work of art by wood carvers of Bungmati, an ancient village in central Nepal.  This icon of the goddess Tara will bring success in works and achievements. Tara is one of the most beloved and favorite among the buddhas She has a tiny image of Amitabha Buddha on her crown and holds the lotus flower in her hands. Stories are told that from the pool formed by Avalokiteshvara’s tears a lotus arose and Tara appeared from the lotus, saying, "Don't worry -- I will help you." Hence she was regarded as the Liberator.  Anyone who invoked the mantra can be assured of help from this deity. Tara in Tibetan Buddhism, is a female Bodhisattva in Mahayana Buddhism who appears as a female Buddha in Vajrayana Buddhism.

DHL delivery within 2-3 weeks. Free Shipping to most countries are halted until Nepal Post resumes. Thank you for all the support! Dismiss