Music is unavoidable in Nepali culture. Either listening to the song, humming the tunes or playing the instruments, from festivals to Jatras, marriages to cultural program and many other ceremonies everyone loves music. But have different ways to enjoy it and the traditional instruments differ accordingly too. Being rich in culture and traditions, Nepal has many traditional musical instruments which produce melodious sounds.

There are basically three categories of Nepali musical instruments:

Percussion- Instrument that usually has a single note but is great for rhythm.

Wind- Instruments that have a length of air that vibrates, so are blown

String- They have vibrating strings of different lengths.

Here we have listed out some of the popular Musical Instrument in Nepal:

The Madal is used mainly for rhythm-keeping in Nepalese folk music, is the most popular and widely used as hand drum in Nepal. This typical Nepalese percussion instrument is the backbone of most of Nepali folk music. The Madal consists of a cylindrical body with a slight bulge at its center and heads at both ends, one head larger than the other. This instrument is made especially with skin stretched over both of the ends of a wooden hollow tube and tightened with leather strings.

It is one of the famous folk musical instruments associated with our culture and lifestyle. It is believed that it was first introduced by the Magar community, it is equally famous and used by almost all of the Nepalese society. The madal has a strand that goes around the waist of the person playing it to hold it horizontally. Playing technique involves rhythmic struck one either ends (heads) with palm. The heads vibrate to produce sound when struck. It is mostly used in Nepali folk song. No one can still stand when people start, beating madal singing Nepali folk song (Nepali Lok geet).

Bansuri is held horizontally and is inclined downwards when it is played. To produce sound or melody one has to cover the finger holes with the fingers of the left and right hand. Variations in pitch are produced by altering the effective length of the air column. The range of the bansuri or flute is about 2 and a half octaves. Long bansuris or flutes have a rich, deep and mellow tone whereas in small bansuris or flutes the tone is high pitched.

Sarangi, traditional a folk musical instrument especially played by Gandharva community in Nepal. Gandharvas used to travel across the nation and go home to home sing the song of current affairs. Thus, sarangi in Nepal has been used as an instrument used to convey the message and news across the country.

It resembles the violin in western culture. Sarangi in Nepal is played from so many years and have its own famous rhythms and tones. The string-instrument is made of a piece of wood, the bottom of which is made a hollow and four pieces of strings are fastened tightly with four wooden nails fixed on the top of it. It is played by rubbing on a group of strings especially left and right repeatedly with a small stick, which is fastened with some strings.

Madal is small drum made of hollowed tree trunk with skins stretched at both ends. It contains black layer known as khari in Nepal. It is played with both hands and is very popular in the hills of Nepal. The Madal consists of a cylindrical body with a slight bulge at its center and heads at both ends, one head larger than the other. Madal is a popular folk musical instrument of Nepal. It symbolises Nepali music and history of Nepali arts. Specially it is famous in folk songs, events like wedding and welcome party and recordings of other musics. 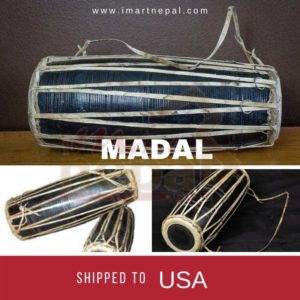 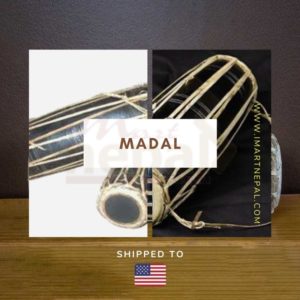 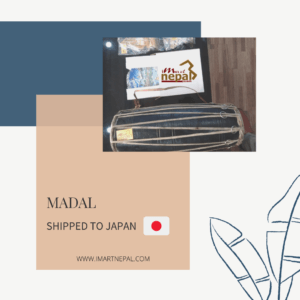 Murchunga is a musical instrument it consists of a flexible metal or bamboo tongue or reed attached to a frame and it produces the sound like Binayo. Murchunga is also practiced among Kiranti people. It is played by plucking its metal wire reed with forefinger being gripped between the teeth. The volume of the note can be varied by breathing in and out.

Madal is small drum made of hollowed tree trunk with skins stretched at both ends. It contains black layer known as khari in Nepal. It is played with both hands and is very popular in the hills of Nepal. The Madal consists of a cylindrical body with a slight bulge at its center and heads at both ends, one head larger than the other. Madal is a popular folk musical instrument of Nepal. It symbolises Nepali music and history of Nepali arts. Specially it is famous in folk songs, events like wedding and welcome party and recordings of other musics.

Dhimaya, Dhimaya or Dhimabaja is a drum played by the Newars in Nepal is played together with other musical instruments. The size of this instrument varies from a diameter of 40 inches to 51 inches and a length of 17 inches to 21 inches. The shell of the drum is made of wood or metal.

The shape of old Dhimay drums is most irregular, formed by the natural shape of the piece of wood being used to make the drum body. Modern drums are either cylindrical or slightly barrel-shaped. Both heads are made of goatskin. On the inside of the left membrane, called Mankhah (Haima in Bhaktapur) a red tuning paste is applicated, providing a deep sound. There are two kinds of dhimay. The smaller ones are called “Dhaacha Dhimay” and bigger dhimay are called “Ma Dhimay”.

It is one of the Panche Baja. It is a couple of flat round dish-like musical instrument made of brass or bronze, played by beating on each other.

It is also one of the Panche Baja. It is made of leather stretched over an end of a hollow copper bowl played by hitting with hands or sticks.

It is also one of the Panche Baja. It is similar to Damaha in shape but very small in size, played with two pieces of sticks called Gajo.

It is one of the Panche Baja. It is made of a metal shaped like a pipe slightly bent forward has a couple of holes, reed on the top that you blow into.

It is one of Panache Baja Bajas made of two pieces curved copper tube that is played by blowing air through its mouthpiece.

Jhyali is a traditional folk percussion instrument from Nepal. They are thinly walled, consist of a pair of round, metal plates, resembling cymbals, and are used in both folk and classical music in Nepal. Unlike most percussion instruments around the world, the Jhyali is played by rubbing the plates with the right hand rising and the left hand descending at the time when they clash.

These percussion instruments are made by a Nepali alloy that is called Pancha dhatu, which means five metals. The alloy consists of brass, copper, silver, zinc, and gold, and are usually made by blacksmiths.

This is a popular musical instrument used in the Himalayan region. It is made from rhododendron and has four wires like the Sarangi.

It is a kind of small drum made of skin stretched over an edge of a rounded hollow wood. It is also played during Bhajan-kirtan by Hindus. Khaijadi is especially played on the occasion of singing a kind of song called Roila and Balam. Traditional Nepali-styled tambourine, completely hand-made using ox hide, seasoned wood, and bronze. Today it has been replaced by plastic tambourines.

It is made up of a large shell of the conch found in the sea and ocean. It is played by blowing air with our mouth. It is played during puja and other religious ceremonies of the Hindus. It is also blown when the dead body is taken to ghat for cremation.

This musical instrument is used in the Tamang community and made by covering the wood with leather.

It is made of wood which is hollow inside and covered with leather.

It is a type of drum made of hollow wood by stretching leather both of its edges and played with a curved stick called Gajo. It is specially used by faith healers (Dhami/Jhakri) on the occasion of worshiping or treating people. This is a traditional medical treatment prevailing in Nepal.

It is made by coconut shell and a hollow bamboo pipe. It is played in the Terai to show the snake dance.

It is made of bamboo with two wires. It is used by the Kirat community.

It is used by the sages and ascetics. It is made of wood, leather, and string.

It is played especially by Dhimal Community made of the outer hardcover of the coconut by stretching leather and fastening a string with a rod.

It looks like a Sarangi, which is popular in Bajhang area.

A popular musical instrument in the Mithila region is made of wood joining six strings on it.

It is made of horns of Krishna Saar (black antelope) and used to produce sound blowing into. It is especially used by Jogis blow around the houses of people believing that there will be no harm from evils.