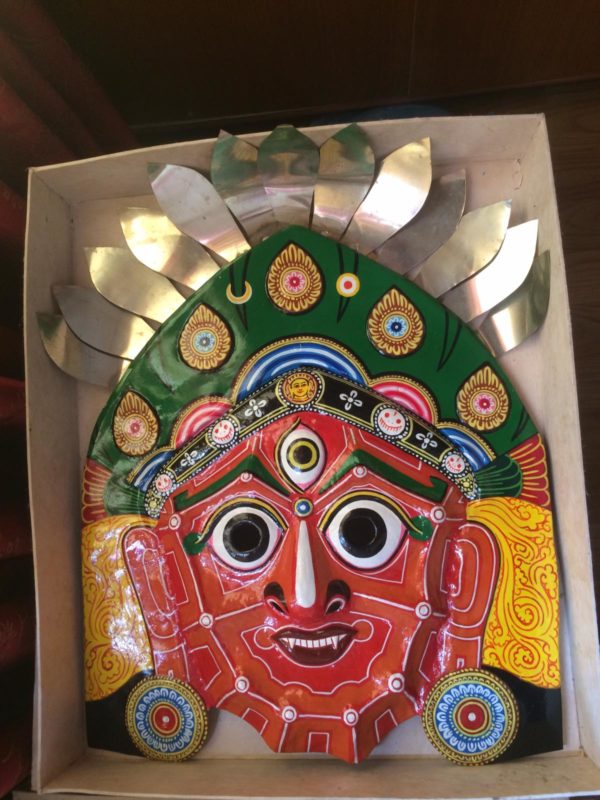 Mahakali is a mother goddess of time, death, and doomsday in Hinduism. A god of consciousness, the basis of reality and existence. Popular manifestations of Mahakali is Kali, Nawadurga, Indrayani, etc.

Mahakali is most often depicted in blue or black complexion with four arms each of them carrying – a Sword, a Trident, a severed head of a Demon, and a Bowl or Skull-cup filled with the blood of the severed head. Her eyes are as red blood with intoxication in an absolute rage with disheveled hair and a lolling tongue and fangs – protrude out of her mouth. She has a garland made of heads of demons she has slaughtered and skirts made of demon arms. She is mainly worshipped in Nepal during the biggest festival of the year – Dashain.

Apologies - we have major delivery disruptions due to rampant Covid situations and lockdowns in Nepal. Thank you for the support. Dismiss